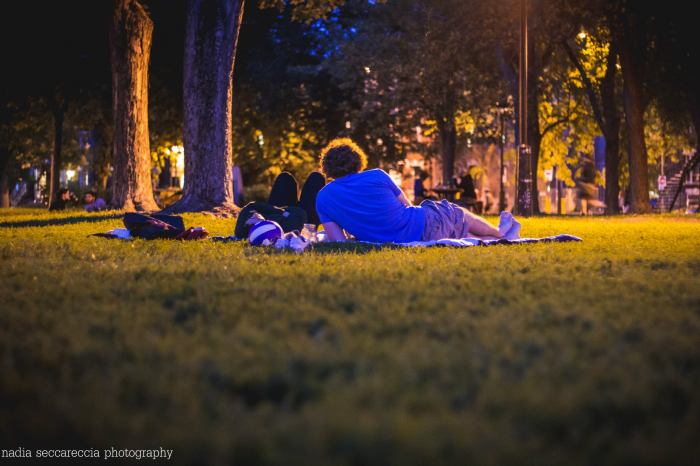 As usual, I am up to greet the sun.

So far, I’ve spent the last hour researching the main character’s backstory: where she grew up, where she went to college, what program she transferred to, why she moved from Los Angeles to Seattle, and potential locations for her bakery/cafe (it’s a coffee romance anthology, after all). I love this part, before the tap-tap-tapping of keystrokes when the story is still green and gestating.

I recently read an article titled, “Kill your Backstory” by Angela Booth. In it, she talks about the importance of keeping the story moving, all part of that “show, don’t tell” mantra that many newbie authors (myself included) spend so much time fretting over. Looking back on some of my earlier pieces, I cringe at the number of words I devoted to exposition and background, things I could’ve explained through more efficient means: a roll of the eyes, pursed lips, sweat beading upon the brow.

Of course, when you’re submitting a story chapter-by-chapter to an online writing site like Literotica, it can be difficult to know exactly where you’re going to end up. In my first novel-length story, I introduced a handful of new characters into chapter 4, devoting a couple of paragraphs to each in order to provide proper context. I tried to keep it brief, telling just enough to give readers an idea of who these characters were and then did my best to flesh them out via dialogue and behavior. My biggest fear was that they would feel arbitrary, because they kind of were—I had no idea they were going to appear until after I’d completed chapter 3, plus a very rough draft of chapter 4.

(Side note: I don’t think I’ll be posting anymore chapter-by-chapter stories after The Cabin unless I know exactly how it’s going progress out or have completed a first draft in its entirety. Live and learn.)

Towards the end of the article, Booth briefly states that writers can inject backstory into their work via action and conversation, though I would’ve appreciated a bit more info on exactly how she recommends authors go about this. She spent so much time stating what NOT to do that I felt a little let down by the dearth of practical application beyond, “You are reading, aren’t you?…Pay attention to how authors manage backstory in your genre.”

I’ll fully cop to getting swallowed up in backstory, albeit mostly for my own fantastical pleasure. In order for my characters to feel real, I have to have at least some idea of who they are and where they came from, even if very little of that ends up in the finished piece.

While I agree with Booth that backstory can indeed bloat one’s fiction, I also think it’s a necessary component to crafting a rich story. When meeting someone new, one of the first things we do is ask questions.

“Well, I’m a really active person. I like to be outside.”

“Nice, I spent the latter half of yesterday at the beach.”

“Oh, that’s great! I used to visit the lake with my family every summer.”

“A few days, actually. We’d rent a campsite and spend the week kayaking and eating s’mores.”

“Oh, really? Let me tell you about the time I went “Death Camping” with friends just before Thanksgiving.”

Some of that will end up in our stories. A lot of it won’t, and that’s okay. The mental aerobics alone will help to strengthen our storytelling muscles and help us to become more compassionate, empathetic writers. In order to write authentically, we must set aside our own biases and prejudices to understand why our imaginary friends feel what they feel and do what they do.

All of that requires sinking our teeth into their backstories.

So, no, readers probably don’t need to know our character’s favorite ice cream flavor—unless we decide to send them into a panic every time someone mentions, “mint chocolate-chip”—but having a plethora of information to draw from when you want to add quirks or explore their reasoning is invaluable. We may even find ourselves making connections and subtle references to things that we hadn’t originally planned, resulting in depth and complexity.

And the best part? Our brains will automatically make these connections when appropriate. It’ll feel like magic, like finding a whole sand dollar on the beach or $20 in your coat pocket. All because we took the time to do the prerequisite work.

All because we bothered to daydream.

Erotica and romance author. View all posts by Rachel Woe

5 thoughts on “A Case for Wasting Time: Backstory”

This site uses Akismet to reduce spam. Learn how your comment data is processed.